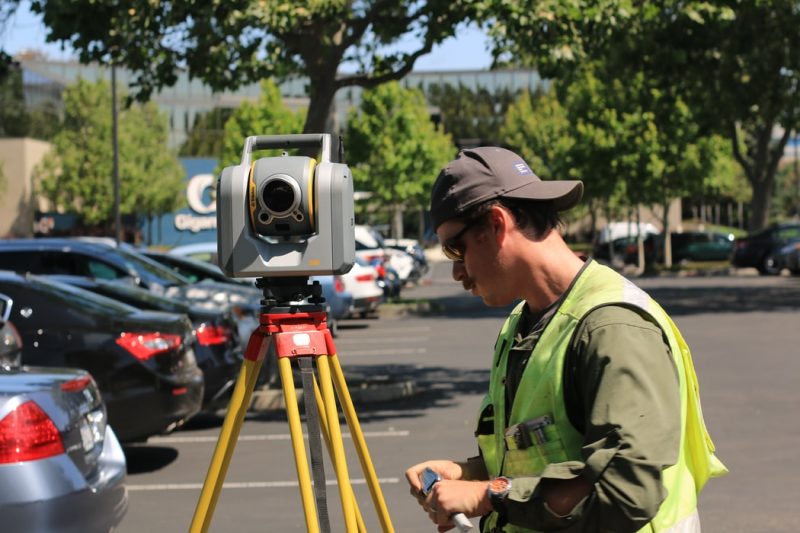 Specific Case Law Citations
5 OR 65 (1853) Goodman v. Myrick: Lines run on the ground by Government surveyors control: courses and distances yield to marked lines and corners.
27 OR 315 (1895) Robinson v. Laurer: Government survey field notes yield to actual corner monuments located on the ground.
41 OR 117 (1902) Trotter v. Stayton: Evidence of original street, lot and block lines control over expressed city council desire to correct mis-alignments or other errors on town plat.
42 OR 239 (1902) Trinwith v. Smith: Lost Government survey corners: restoration methods, evidence discussion.
42 OR 602 (1903) Egan v. Finney: Fence as boundary, prevails over line established by Co. Surveyor
52 OR 173 (1908) Sommer v. Compton: Plaintiffs contested to the testimony of private surveyor, on the ground that the county surveyor could not be disputed. Court held that it was equally competent for any other surveyor to testify to facts within his knowledge, even though the result of a survey, leaving to the consideration of the jury the accuracy of such evidence and it’s preponderance. The lower court erred in excluding the testimony of the private surveyor. (page 177)
54 OR 30 (1909) Bernheim v. Talbot: Division of Donation Land Claim into halves.
56 OR 117 (1910) Talbot v. Smith: Evidence; description construction; Estoppel; Adverse Possession.
60 OR 111 (1911) Bayne v. Brown: Fence construction; Abandonment; Adverse Possession, including tacking, proof requirements, tenancy.
61 OR 293 (1912) Whitcomb v. Town of Milwaukie: location of a centerline of a street (previously a county road) held to have been the true north line of a D.L.C., rather than another line fixed by subsequent survey.
67 OR 19 (1913) Crandall v. Mary: Boundary evidence; location of corners; artificial monuments; acquiescence.
89 OR 557 (1918) Bernitt v. City of Marshfield: Town plat ambiguities; fences & improvements show long time occupancy; subsequent survey ordered by city does not change vested interests.
92 OR 352 (1919) Ogilvie v. Stackland: boundary by mutual agreement held over subsequent survey; issues of warranted area quantities addressed.
93 OR 326 (1919) Robertson v. Martin: Clear and cogent testimony of mistake in Government survey notes; the term “more or less” acreage in deed not to be held against grantor on finding of less area.
99 OR 525 (1921) Hickey v. Daniel: despite a 19° discrepancy in bearings of a U.S. Lot line, a line between found original monuments controls.
186 OR 160 (1949) Buell et ux v. Mathes et ux: “It is established at common law that where land described by metes and bounds abuts upon a highway or where a highway is mentioned as a boundary or where lots are sold with reference to a plat which shows a highway as boundary, a presumption arises that the grantee takes fee to the center of the highway if the grantor owned it. (see page 185) “the reason for the general rule raising a presumption of title to the center line of a highway is based upon the view that the seller would have no object in retaining a narrow strip of land which is subject to the rights of others and which would be of no value to him when separated from adjoining property. (ibid. p. 186)
193 OR 385 (1951) Longview Fibre Co. v. Johnston: Lost corner establishment; true line; county surveyors survey; boundary line exact location not determined
266 OR 272 (1973) Where both deeds received by adjoining landowners from common grantor made reference to particular survey commissioned and conducted by common grantor for sole purpose of establishing boundary for each tract they were planning to sell and the corner stakes set up by the surveyor were conspicuous and known to all parties, lots were purchased in reliance upon boundaries established by such survey and boundaries would not be relocated on basis of subsequent survey which claimed that prior surveyor had erroneously located a center of section.
281 OR 65 (1978) Nelson v. Vandemarr: Adjoining lots, always conveyed by lot/block descriptions, must be in conformity with the plat; Adverse possession / burden of proof / prima facie evidence / hostile and exclusive use.

Selected Oregon Attorney General Decisions:
(see Oregon Miscellaneous Data for additional Opinions with summaries)
20 AttyGenOp 447 (1941) Co. Surveyor as custodian of various records.
23 AttyGenOp 137 (1941) Where corners are established or re-established by survey made by private surveyors or engineers, complete notes of such survey shall be filed with the county surveyor.
23 AttyGenOp 204 (1941) Deputy County Surveyor; authority; compensation
23 AttyGenOp 447 (1941) County surveyor as custodian of road records.
23 AttyGenOp 511 (1948) County Surveyor can reject offered plats not in compliance with statutes.
26 AttyGenOp 140 (1953) Timber cruisers attempting to establish boundaries in laying off timber cutting lines may subject themselves to provisions of land surveyors registration law.
29 AttyGenOp 165 (1959) Filing of maps; failure may result in revocation of license.
29 AttyGenOp 344 (1960) Filing of maps; receipt of funds when ordered by court to perform survey.
30 AttyGenOp 183 (1961) A County Surveyor may not approve the plat of a subdivision he has prepared.
31 AttyGenOp 6 (1962) A Deputy County Surveyor may not approve survey of a subd. made by the County Surveyor in his private capacity.
31 AttyGenOp 249 (1963) A county may require the filing of subdivision of plats for partitioning of less than the number of parcels specified in ORS 92.010.
31 AttyGenOp 385 (1964) In order to establish permanent corners and boundaries under ORS 209.160 and 209.170, affected persons must be given notice by the county surveyor.
34 AttyGenOp 409 (1969) Condominium ownership plan does not fall under ORS 92.
34 AttyGenOp 846 (1969) Private road establishments within subdivisions are legal.
36 AttyGenOp 89 (1972) City limits annexations; legal descriptions; fee collection for plat checking for compliance with ORS 92.100(2) to City Engineer or City Surveyor not legal.
39 AttyGenOp 467 (1979) Conditional granting of zone change by city legal given certain conditions; condition to pay appraised value of vacated property between city or county and petitioner of street vacation held legal.
41 AttyGenOp 48 (1979) County may require the County Surveyor to account for all fees received by the county surveyor received in his or her official capacity.
41 AttyGenOp 181 (1980) Licensed land surveyor not required to be physically present when field crew is engaged in the practice of land surveying as defined in statutes.

Corpus Juris cites
32 C.J.S. 639 Public land office records, patents and grants, and surveys and maps are ordinarily admissible as evidence of their contents.

This website uses cookies to improve your experience while you navigate through the website. Out of these cookies, the cookies that are categorized as necessary are stored on your browser as they are essential for the working of basic functionalities of the website. We also use third-party cookies that help us analyze and understand how you use this website. These cookies will be stored in your browser only with your consent. You also have the option to opt-out of these cookies. But opting out of some of these cookies may have an effect on your browsing experience.
Necessary Always Enabled
Necessary cookies are absolutely essential for the website to function properly. This category only includes cookies that ensures basic functionalities and security features of the website. These cookies do not store any personal information.
Non-necessary
Any cookies that may not be particularly necessary for the website to function and is used specifically to collect user personal data via analytics, ads, other embedded contents are termed as non-necessary cookies. It is mandatory to procure user consent prior to running these cookies on your website.
SAVE & ACCEPT
Go to Top